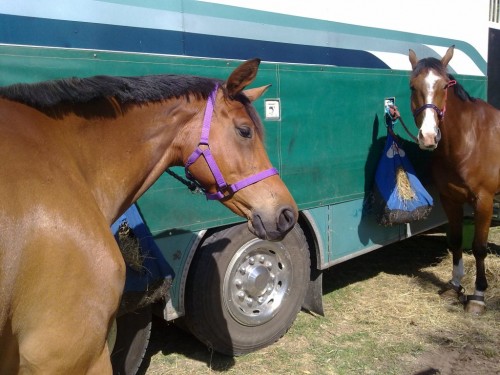 LH King Arthur and LH Beckham tied to the Beast!

Well it was the first real hot show Team Joyce have had for many months and our horses really did feel the humidity. It is a lot colder in them ol hill of Jumbunna!. Anyway we did not arrive until Saturday morning so we had missed the first day of competition. Wesley decided to put in studs as the ground did look good but when we watched a few horses jump they looked like they were skidding a little into a couple of fences around the course. Its a good idea to watch others before you ride and hop on to make decisions as to what you think your horse needs before you go and warm up. 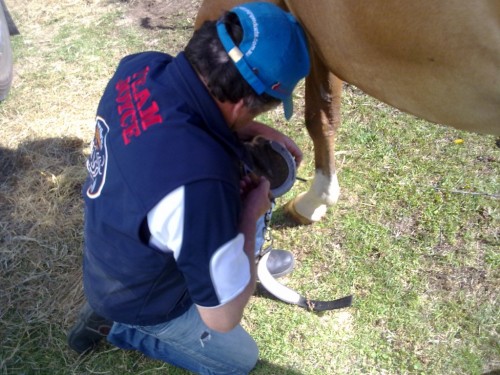 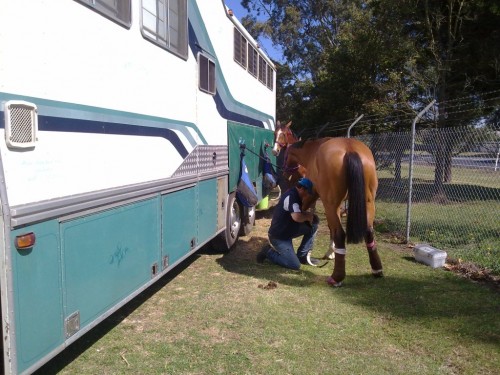 Off they go to the warm up arena for the 1.20m Open

Our warm up for LH King Arthur did not go as planned”, he was not himself at all and looked like he was sore in the front feet. Wes was having to push him to hard to get to the fence so we made a decision that this was not the show to expect a good start. So away he goes and we saddled up LH Beckham. He was very fresh and gave Wes a tough warm up but jumped very well with 1 down. We stayed to watch the first round of the World Cup and it was a magnificent class to watch. The Sale Showjumping Club had done a terrific job in entertaining the crowd by having a Fashions on the Field competition and an Auction of great prizes. Then after the riders walked the course the crowd could go an have a look to. It was also very exciting to hear the Pony Clubs chanting for their nominated riders when they entered the ring before they started to jump. We left after the first round which was 7.30pm to go and camp at Wesley’s sisters house at Maffra. 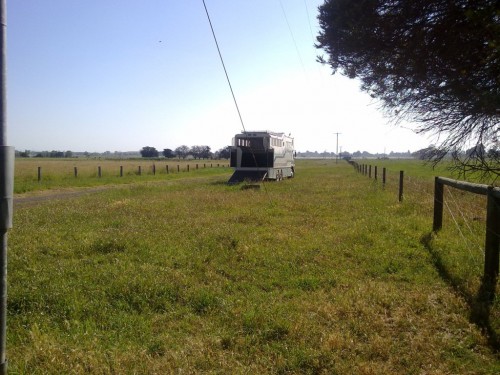 The Beast parked in the driveway at Maffra 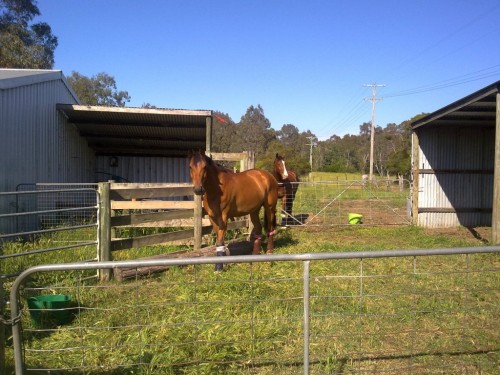 LH King Arthur and LH Beckham in their yards for the night at Maffra, very happy to pick the fresh grass and have a lay down after the hot day! 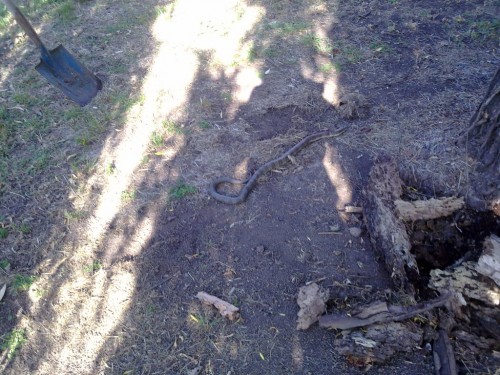 Much to our surprise in the tree in the drive a huge snake”, Wes hit it with a shovel thank goodness! 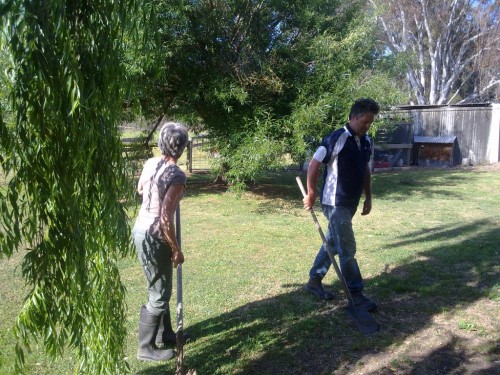 The weapon used to save the day!

Back to the show grounds for the Future Stars event which was the second class of the day. LH Beckham jumped very well. He did have 2 fences down but Wes was very happy.

Next week we are off to Tonimbuk World Cup it is a Thursday, Friday , Saturday and Sunday show. The World Cup event is on the Saturday night, so if you wish to see the best showjumping horses jumping the top level in showjumping come along and enjoy the event. Hopefully all of Team Joyce will be at Tonimbuk!