The weather was absolutely perfect, a little bit chilly sometimes but the sun was shinning all weekend at Sale. The Sale Showjumping Club put in a massive effort to organise a good show covering all levels in two rings. The surface was spectacular and the rings were set up well and covered a large area of the oval. Team Joyce left in the Friday and had a couple of lessons with Gavin Chester at Stratford. LH Pugsly, LH Folly and LH King Arthur were to be the part of the jumping team for this week. 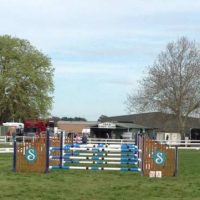 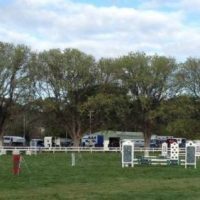 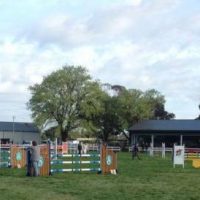 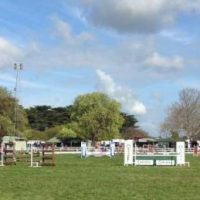 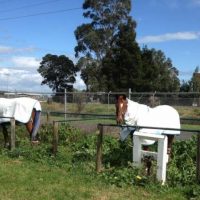 LH Folly and LH King Arthur in the yards 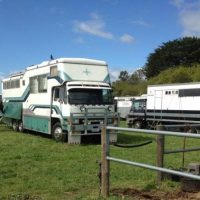 The beast at Sale 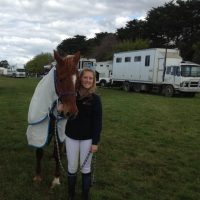 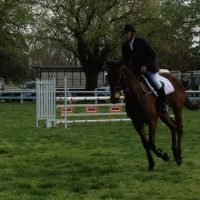 Wes and LH Pugsly on course 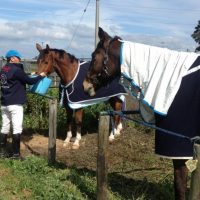 Wes giving his horses a drink 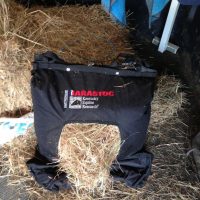 We had to be on the grounds early Saturday morning as LH Pugsly was in the first class in Ring 1 and that was the 1.10m Open. Wes was very pleased with his efforts as he just had the one rail. Each class has large numbers so Tiffany needed to wait for a few hours for her turn to came up so she stayed in the truck and completed her University studies and on that note a ‘massive’ Thanks to Rebecca Lawson for letting us plug power into her truck so Tiffany could have her laptop. 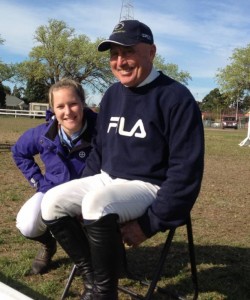 At about 3.30pm the 1.30m Open was ready to walk. This was a big test for both Tiffany and LH Folly as it has been a very long time since either of them had jumped this height straight up , but because this is what is to be expected at the Australian Showjumping Championships in two weeks time they needed to try a couple of practice classes now!  Were they nervous? Yes they were, but Tiffany was not nervous about wondering if they would get around she knows Folly is safe and reliable . Tiffany was nervous about getting to good spots and thinking about having enough impulsion for the treble which was off a corner to the pink planks! They warmed up quite well but we did feel she was a bit to towey , she did not settle and relax like we would have liked. Wesley always says to his girls before they enter the ring ” All you can do is your best”, and that is what they did . The end results were 2 rails down and no trouble at the treble or the pink planks , just getting to deep to an oxer and a straight fence. But what a fine effort, very pleasing. We had made a decision straight away that we had given Folly to much feed during the week and hence why she was not as relaxed in the warm up and on course. Tiffany felt she would run a tiny bit passed a good spot getting to deep to the two fences. This could be easily be changed but not for this weekend so tomorrow we do not expect any changes really it will take a few days of altering her protein intake and giving her more work at home. It can all be fixed but not in a flash, that is show jumping sometimes you cannot get it  all sorted at a show you just go with the flow and keep calm and make plans for the fix it task in the week ahead before your next outing. There is no point getting upset and angry with yourself or your horse at the show, it just makes things worse. It is best to just think about how you can help make it better for next time.Wesley also had LH King Arthur is this class because last week he finished off jumping the very big course at Euroa he decided to step him back today to make sure he was full of confidence . And that he was. The King handled it very easily and had two soft rails. We did not finish until 5.30pm and we were all tuckered out! 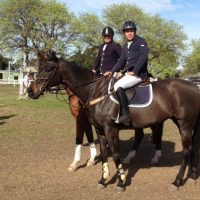 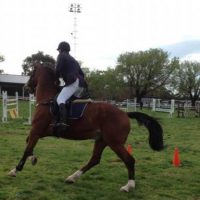 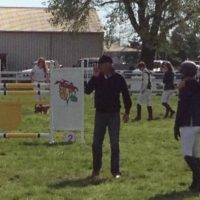 Wes and Tiffany chatting with Gavin 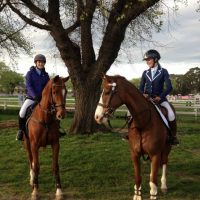 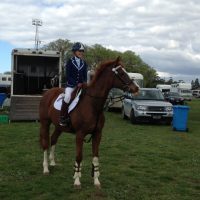 LH Brittany and Mirrin meets up with Team Joyce

It was wonderful to also catch up with Mirrin and LH Brittany, the pair had placed 3rd and 5th on the weekend. LH Brittany looked stunning as always the McKay family really do look after her well. The Sunday morning was also another early rise because LH Pugsly was again early in the draw in the 1.10m and jumped a very nice round but had the second last fence down in the treble and yes the treble was the last line of fences to jump so close and yet so far! He then rode a young horse for Gavin and Sharon Chester called Tulara Baloul and placed 1st in the 1.10m Open class. 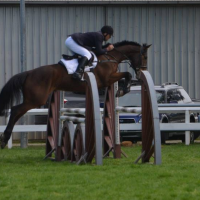 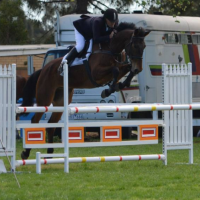 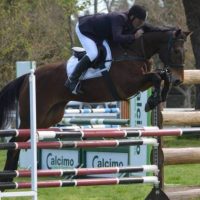 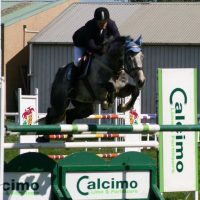 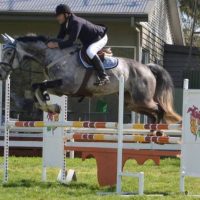 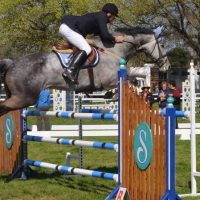 Then again Tiffany and LH Folly waited for the 1.30m and again just tipped a few rails but were well on track for starting again in the 1.30m at Boneo Park Cup next week. Wes then came out on Arthur to attempt the 1.40m Open and they were second in the draw. Arthur’s jumping was just breathe taking , he had the B down of the treble and 1 time fault. Wes and Arthur rode out of the ring extremely happy and performed exceptionally well for a D Graded horse. Arthur is D Grade because he has never been quick enough to win the smaller heights so he has just cantered around them quietly for 2 years and now he is ready for the bigger heights and managing them well. Speed is not always the recipe to win once the jumps get higher, it helps to win lots but being able to jump bigger fences and cleanly is the key and Arthur does try to be clean and has a good bit of scope as well. 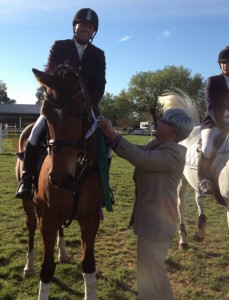 So now Team Joyce are planning two days at Boneo Park Cup which is the last show before the Australian Showjumping Championships, all is going well and our hopes are to arrive fresh and keen! Stay tuned.

Team Joyce are proudly sponsored by Barastoc and The Joint Formula 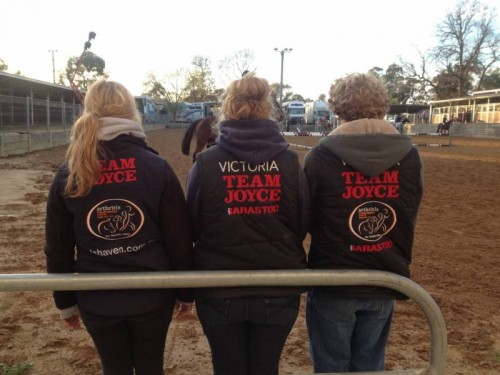