Lals Haven Warmbloods are thrilled to announce that we now have two fine stallions who possess the world best blood. It is perfect timing to have father and son enjoying the same passion and interest and passion in life together because we all know time is of the essence. Wesley obviously got the horse passion from his father Wilfred known as Bill. They both milked cows for many years and a cow pony was used to round up the herd instead of a motorbike. Bill rode the family pony Butts bareback until he reached the age of about 65 and Butts passed away at 32 years. Wes remembers riding Butts at Pony Club back in the day and said he was a feisty beast with plenty of go and made an exceptional games mount. His mother Dorothy was also very….to read more go to our EQ Life bloggers page 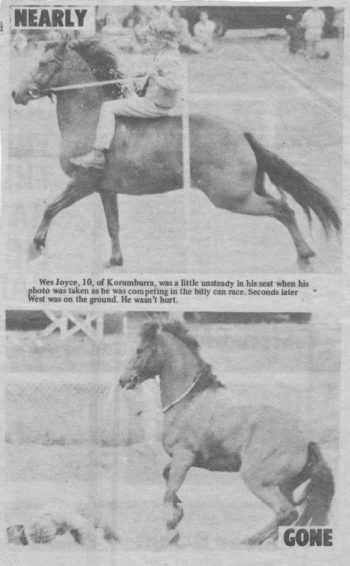 To read about Cera Ducati’s Dam Beate ( imp ) scroll below: 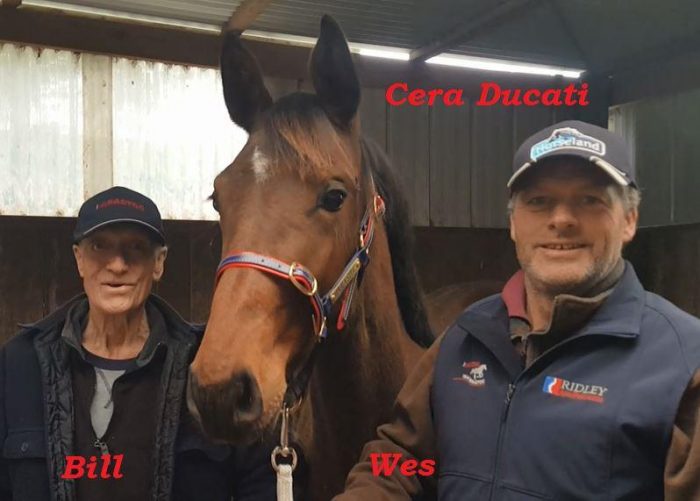 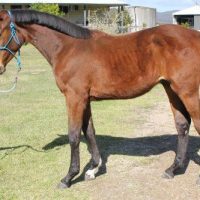 Cera Ducati – known as Handsome at home with Team Joyce 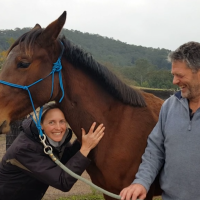 Breeder Kerrie Parker has nothing but love for all her babies 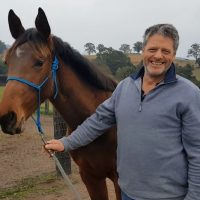 Kerrie Parker Manager of Cera Stud has bred many magnificent Performance horses already competing at the top level here in Australia and all over the world. Kerrie also possesses a lot of passion not just in breeding her top quality stock but wanting the very best of homes for them becasue they are family to her. Team Joyce are very fortunate to be able to purchase one of her most treasured babies. Her husband Richard supports her every move which creates that strong binding team producing the very best bloodstock every year. Kerrie purchased Beate while over in Europe therefore Cera Ducati arrived in Australia in utero which means in his mothers stomach. 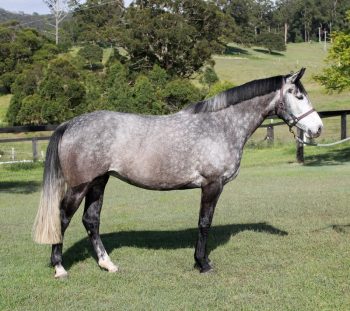 Beate ( imp ) was placed in foal in Europe it was when she was able to fly to Australia Kerrie imported her. Beate completed her mare testing in Europe gaining 9’s for her character and trainability as well as for her freejumping ability. 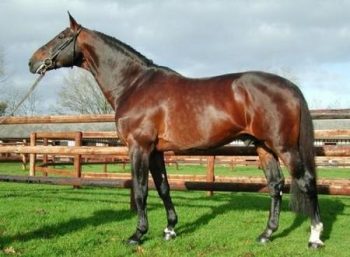 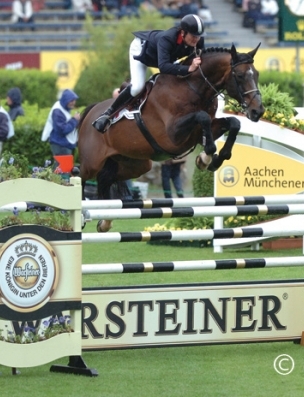 Cera Ducati’s Sire is the current world No. 1 showjumping sire Diamant de Semilly
Diamant de Semilly himself competed successfully at the 1.60m level. He was World Champion in the French team at the WEG in 2002 (9th individually) and on the silver medal winning team at the European Championships in 2003. He and has already produced over 140 international showjumpers (1.60m) and is sire of the well-known stallions Diarado, Quickly de Kreisker and Emerald. Quickly de Kreisker is always a crowd favourite and well known for his phenomenal performance at Hermes in Paris earlier this year which you can watch on the below if you haven’t already seen it.

Diamant’s sire Le Tot de Semilly was also an amazing competitor and producer. More info can be found on this link

Dam sire Askari topped his 100 day test, won the German Bundes champion as a 5 year old and was a successful 1.60m showjumper himself. Further back we see Carolus I who was a successful international showjumper as well (to 1.50m) and is today renowned as a top dam sire. Ducati’s grandmother has 7 brothers and sisters who jumped internationally, 5 of them highly successful at 1.60m, 2 of them also being licensed stallions.

Stay tuned for many more updates on Cera Ducati