Out with the old and in with the new

Let us discuss all options in Horseland Tack Talk.

Team Joyce are very fortunate to have Horseland on board becasue they make sure our gear is up to date and complies with the Australian Standards. I am talking tack ‘ riding helmets. Recently we ventured into our local Horseland Mornington store and walked out with the correct helmets compliant for the up and coming changes in Jan 2017. As they say out with the old and in with the new . Click to enlarge images

Out with the old and in with the new 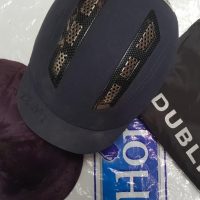 Sarah & Tiffany have a new Dublin 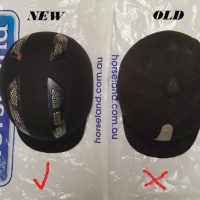 Trish has a new Dublin

Wes has a new Casco 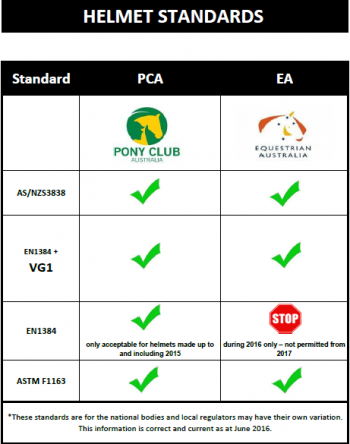 Equestrian Australia can advise that Helmet Standard EN1384 will remain effective until 31 December 2016. In addition, a new standard VG1 has been added to the General Regulations effective immediately. As of 1 January 2017 helmets with the EN1384 standard will not be permitted under EA’s General Regulations.

As per the EA General Regulations, Equestrian Australia highly recommends the use of helmets that conform to Australian Standard AS/NZS 3838, as this standard provides for more stringent testing and further periodic retesting.

Team Joyce are proudly sponsored by Horseland and will of course suggest you purchase products from your local store but more importantly they are a successful family owned and operated Australian business, the first Horseland store opened in 1978 and had evolved over the last 30 years to become Australia’s largest Equestrian retailer with 54 stores Australia wide