Team Joyce are very proud to announce Oaks Volta 2017 special offer. He has matured into an outstanding stallion possessing the best bloodlines in the country. Volta is Classified with the AWHA ( Australian Warmblood Horse Association ) and proving to be scopey careful and brave. At 6 years of age he is already Grand Prix jumping 1.4om courses with ease.

Service can be used anytime during the 2017 season 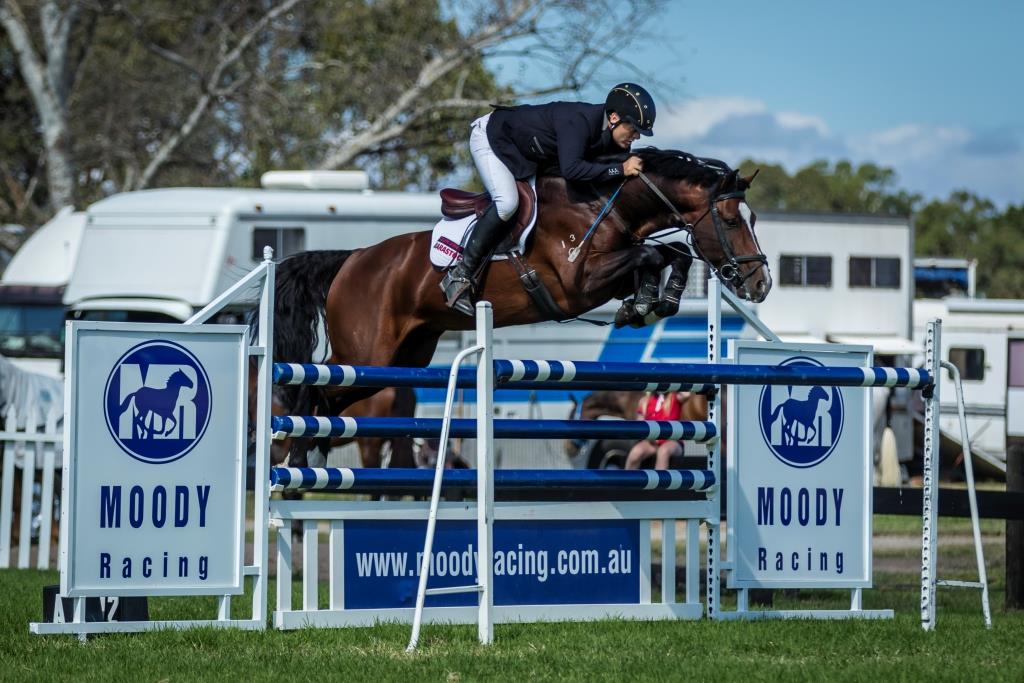 Why choose Oaks Volta ‘ he is a 16.1hh rich mahogany bay 6yo absolute stunner who has faultess conformation plus well performed International Sire & Dam …….read on

His Sire Vivant de Heffnick has so many amazing winning titles to his name where does one start ?

Well as a 4 yo he won Jumping with the Stars, Vivant claimed the Australian Showjumping Champion 3 years consecutive 2007, 2008 and 2009.

He has far too many results to list, yes he was in the London Olympics as well. That is Volta’s fathers career outstanding to say the least.

Vivant de Heffnick Retired at the age of 18 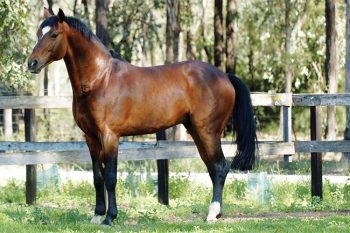 Vivant as a 3 year old sire of Oaks Volta

Wes and I often watched his Dam Altes van Beekveld compete in many Grand Prix and World Cup classes here in Australia never unplaced. Her sire Darco claimed the title ” Worlds best showjumping stallion “, in all Darco sired more than 3000 foals. Darco was the #1 sire of showjumpers for 5 consecutive years (WBFSH) Darco is the #1 sire of having the most offspring competing at GP level.

…her lines Darco, Voltaire, Jalisco B – the perfect mix of flamboyance and steadiness. 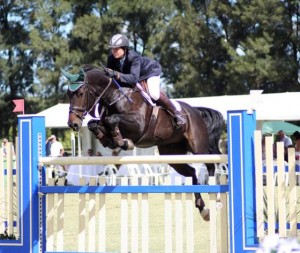 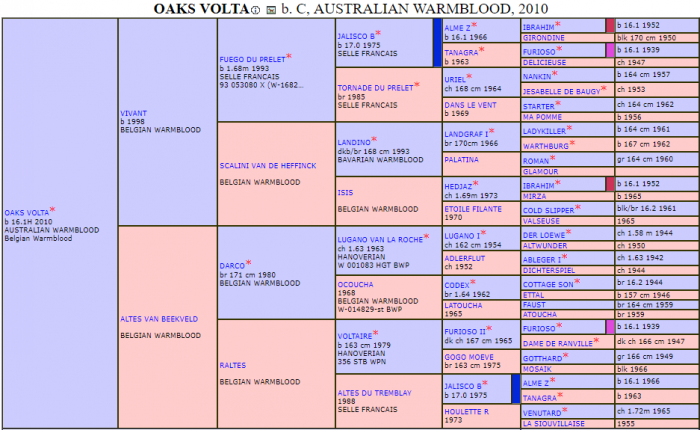