Wes and I drove to meet with Amberley and Cruize her son. Cruize is already mad keen to ride and has the hat on in this picture and even a tiny set of riding boots! Cruize has a black shetland pony called Midnight but his home name is Nu Nu . Amberley was a very keen rider herself and has competed for many years and achieved outstanding results through out her riding career. As she is expecting her second child by the end of the year Cruize is the only full time rider at the moment. Midnight is kept in a paddock only seconds from the house with Grandma Gill. This is sure to be a full on horsey family in the making and when number two arrives there will be another pony and a horse for mum.

Since starting a family my riding has been put on hold and my son Cruize is living the dream, he has his little shetland pony Midnight, Cruize calls him Nu Nu, and from getting up in the morning to going to bed at night all he wants to do is ride everything is about his little pony he just loves him. Cruize also likes to Jump some small jumps on him and go throught the water, with his grandmother leading him. Cruize was 18 months old when he got Nu Nu and his now nearly 2 loves riding, Lets hope it continues.

This is Cruize on his little pony midnight Nu Nu
Thank – you both so much and the sponsors,
Amberley, Cruize, and Gill oxox 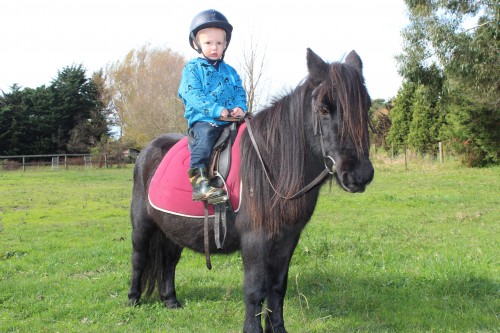 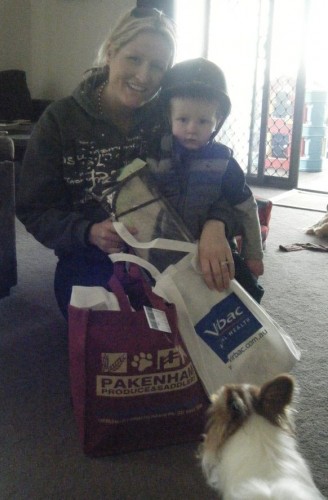 Amberley & Cruize, even little Molly sitting looking at them smiling for the camera.