Team Joyce traveled to the Yarra Valley to compete in the Grand Valley Showjumping Classic for two days. We loaded LH Johnny, Fly, Bolero and Ulouve Friday afternoon and arrived at about 3pm. We did not have to make yards which was so easy and quick to off load and set up. We erected electrical tape around the top though to make sure each horse felt relaxed because sometimes Bolero tends to try and boss poor Johnny and with Fly on the other side he to tends to think its fun to jam him in the middle. 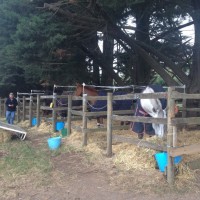 Horses in the yards at Grand Valley 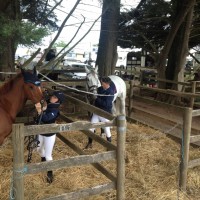 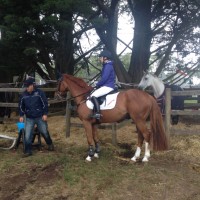 On Saturday morning Tiffany and LH Johnny were excited to go and jump in the Moody Racing Open 1.15m and had one rail the very first fence, the rest was super! Today was extra special because they were going to have a go in their very first 1.25m. It was called the Horse Barn Open 1.25m and I had to warm up Tiffany as Wes was entered on all three in this class as well and he had to go back to the truck to get on his second mount. Wes jumped Fly first and jumped clean, Tiffany and Johnny traveled at a good constant tempo and only had number 5 down an oxer. He chipped in and was too deep, but everything was perfect. Wes then rode Ulouve and jumped clean and Bolero had one rail. He decided not to start Ulouve in the jump off and just keep her for the next class, Fly jumped well in the jump off and placed 4th. 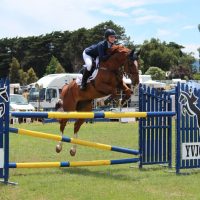 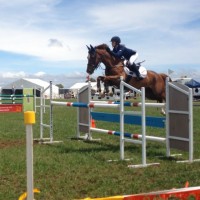 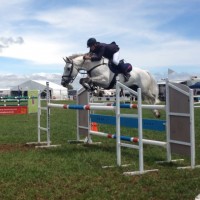 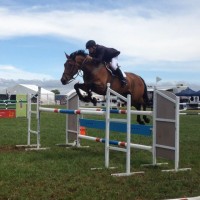 Wes was again quite busy in the  Equus Hoof Rebuild Open 1.35m , Tiffany was in the warm up and I was at the truck saddling and un-saddling. Fly and Bolero both jumped another clean round and Ulouve had the very last fence. Both had one easy rail in the jump off , Fly placed 3rd and Bolero 6th. 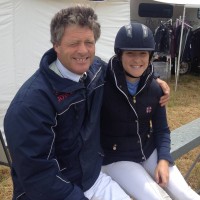 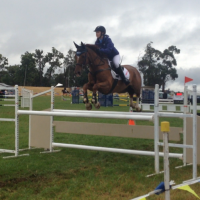 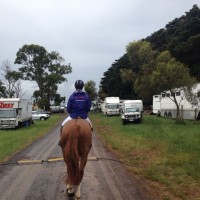 Team Joyce walking back from the arena 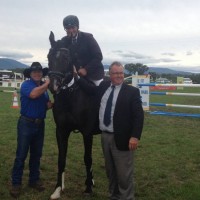 We awoke on Sunday morning to the sound of rain and it was extremely cold as well. Tiffany was up first on Johnny in the KWA Open 1.20m Championship at number 38 but a lot of people had packed up and gone home due to the weather so her time to jump came up sooner. They jumped a wonderful round with two rails down, it was a bit tougher for Tiffany’s youngster as the conditions were not perfect so some jumps came up quicker and he was to close and the surface was a tad sticky in spots. All green horse mistakes but all very acceptable,  he really gave Tiffany a great ride . Wes then took Fly in the Sauna Steam Australia Open 1.30m and had one rail in the first round and placed 5th as there were only 3 clean rounds to make the jump off. 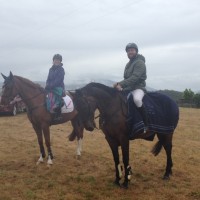 Tiffany and Andrew waiting in the cold 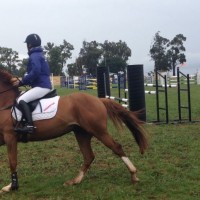 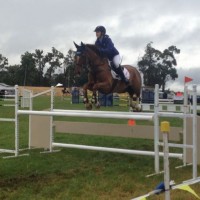 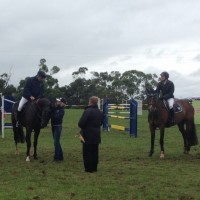 The last class of the day was the Elmare Equestrian Grand Prix with 14 starters . Wes rode Ulouve  first and then Bolero last and both had two rails and Ulouve gained one time fault as well. There was only one clean round and two with four faults, everyone else had eight faults or more. All the horses were to come back for a second round. Ulouve had another eight faults and Bolero just four faults in the second final round. A horse with four faults won the class as did second place and third but fourth had eight faults fifth had twelve faults and then Wes on Bolero also had twelve faults finishing in 6th place. Team Joyce were extremely happy with all of our horses as they are all so inexperienced and yet placing and showing so much promise. We are so excited for 2015 and have high hopes for more progress so please stay tuned and enjoy our journey and watch our youngsters grow and mature into being better than what they were!